View all of my projects on github!

Analyze and modify your Anki collection with pandas.

Anki is one of the most popular flashcard system for spaced repetition learning, pandas is the most popular python package for data analysis and manipulation. So what could be better than to bring both together? With AnkiPandas you can use pandas to easily analyze or manipulate your Anki flashcards. 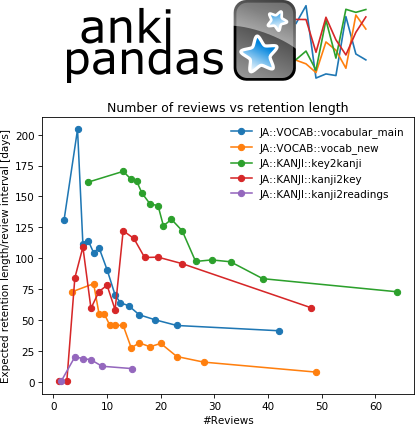 Analyzing the relationship between the numbers of reviews and the retention rate for different decks of cards. More examples are available in the documentation.

Sunburst is a module to create sunburst plots/Ring Charts/Hierarchical Pie Charts together with the matplotlib package. Quoting Wikipedia:

A ring chart, also known as a sunburst chart or a multilevel pie chart, is used to visualize hierarchical data, depicted by concentric circles. The circle in the center represents the root node, with the hierarchy moving outward from the center. A segment of the inner circle bears a hierarchical relationship to those segments of the outer circle which lie within the angular sweep of the parent segment.

More documentation is available on readthedocs.io and github. 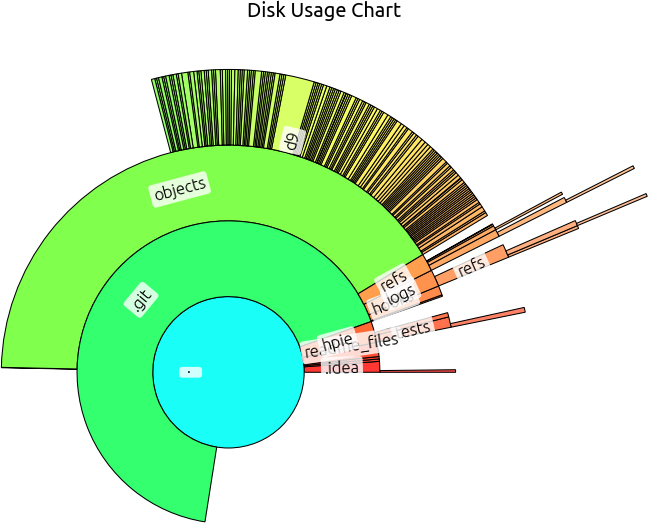 Sunburst plot created with the sunburst package, similar to the diagrams shown by disk usage monitors. Each wedge corresponds to a folder, with the angle of the wedge proportional to its size. If a folder contains a subfolder, the latter is placed "on top" of the folder. Files that are in the folders therefore show up as "missing wedges". Wedges that are too small can be ignored.

This package provides a flexible yet easy to use framework to cluster sets of histograms (or other higher dimensional data) and to select benchmark points representing each cluster. The package particularly focuses on use cases in high energy physics. A physics use case has been demonstrated in this paper. 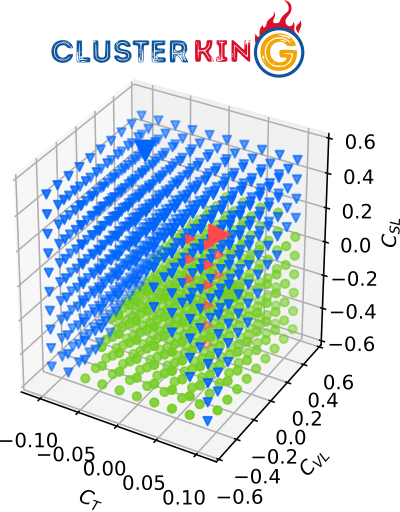 An interactive birthday puzzle with a piezo buzzer operated by an atmega8 MCU. Different values can be selected on a rotary dial. For each selected value, letter combinations are communicated with morse code. Once their meaning is understood, they can be brought in the right order to get a code. After this code has been entered, three dial values play different birthday songs. 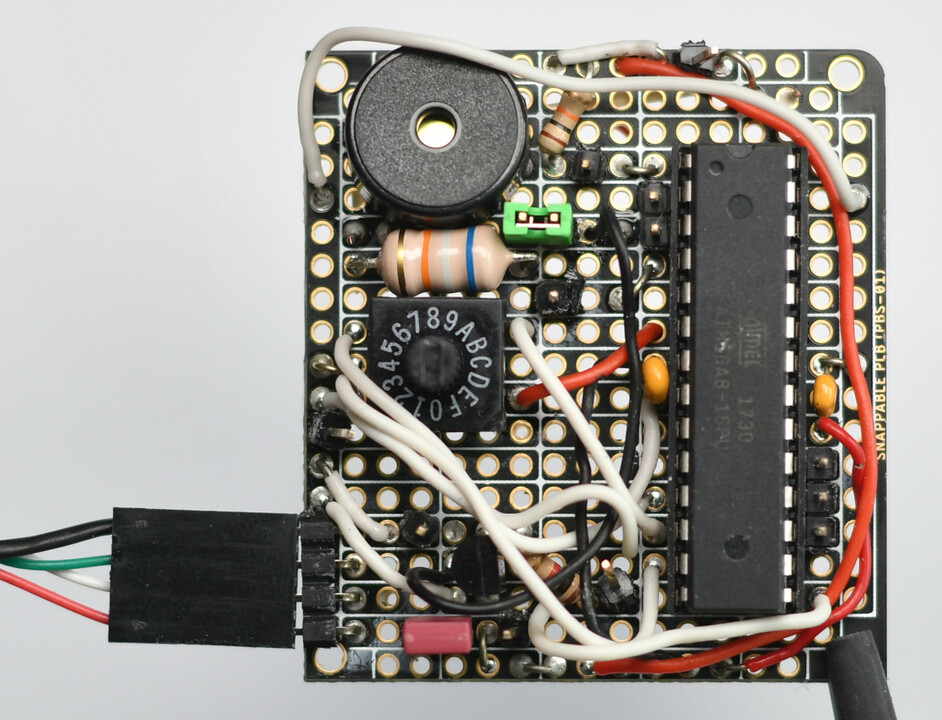 View of the main board before packaging

Experimental/educational online implementation of Codenames, a popular word game. Czech Games Edition have since released an official (and much more complete) online version, so play that instead. 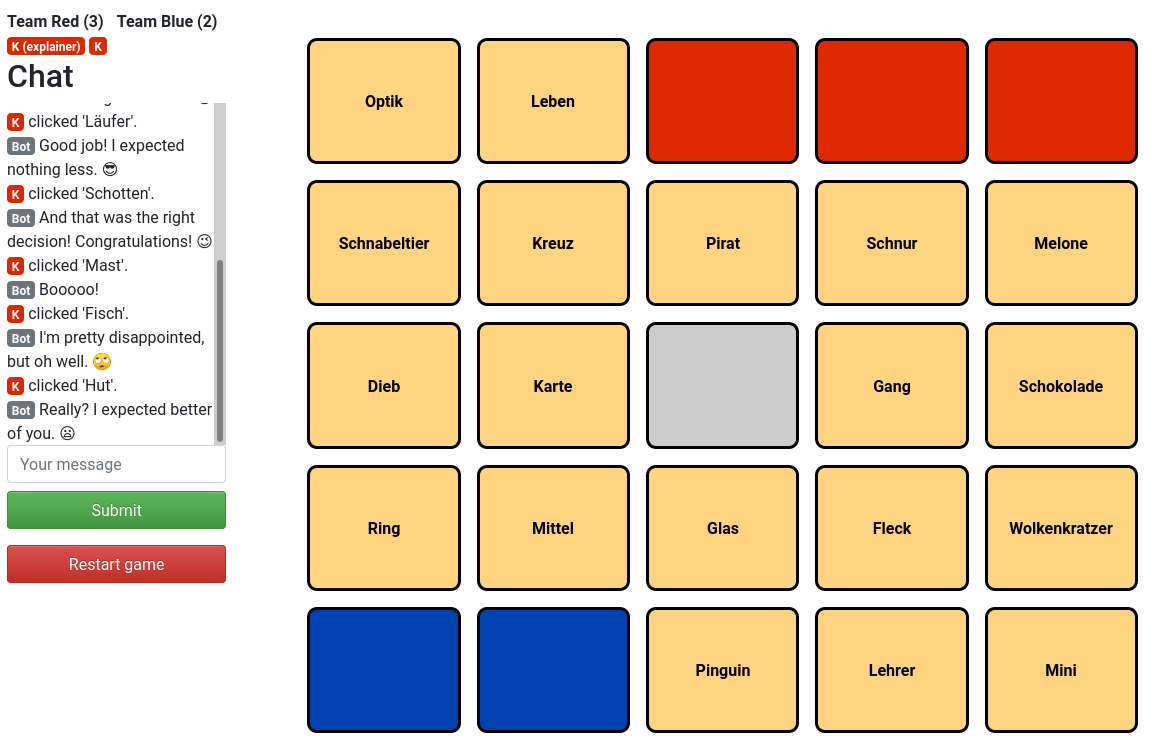 Keeping track of characters in an RPG

A small flask server that helps to keep track of story lines and characters (NPCs) in my pen & paper game. The underlying data is collaboratively maintained in google sheets. 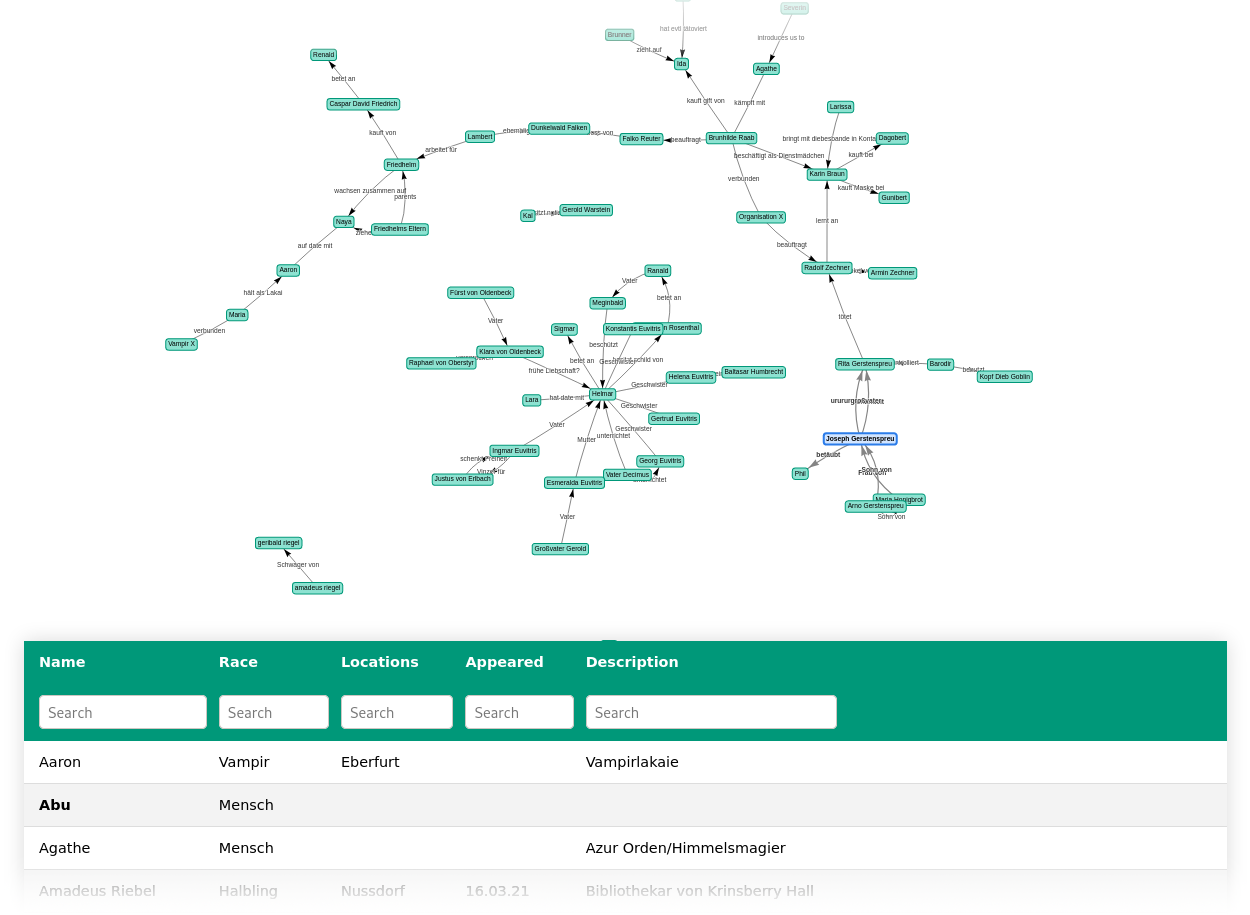 Relationships between characters are visualized in an interactive network.

InspiderWeb is a tool to analyze networks of papers referencing and citing each other. It automatically looks up the relationship of papers based on information from inspirehep (a large database for papers in high energy physics), then uses the dot language to describe the resulting network. The result can then be plotted by the Graphviz Package and similar programs. Example of a large network of papers. InspiderWeb comes with an easy to use command line interface, but can also be used as a python package to allow for further customization. 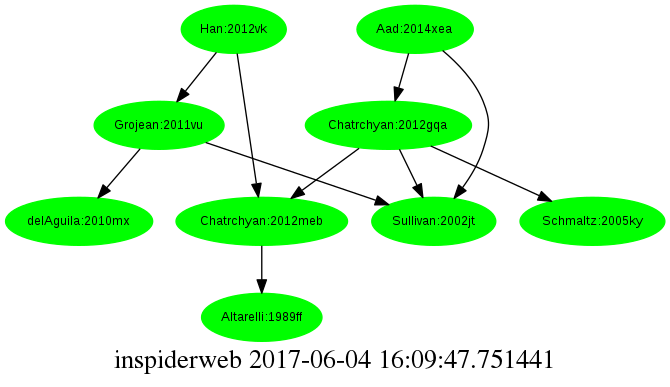 Example with very few nodes. Every green node corresponds to a paper from inspirehep, labeled e.g. by the inspirehep citation keys. If saved as a pdf, the nodes are furthermore clickable and open the corresponding paper. Connection between the nodes correspond to citations. Papers can furthermore be ordered by years.

Plug-ins & Templates for learning (Japanese) with Anki
Anki is a spaced repetition flashcard program that boasts high customizability with Add-ons. Here are a few things I have been working on, while going through the various stages of trying to learn Japanese. 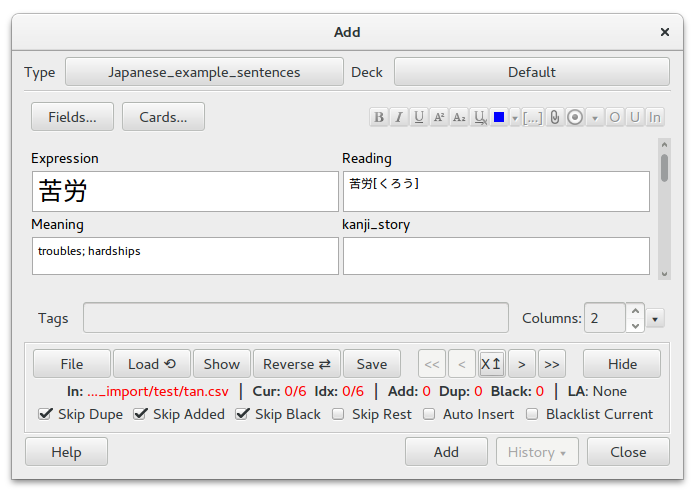 A new toolbar for Anki's 'Add Card' dialog (the three framed rows of buttons/labels/checkboxes at the bottom of the dialog) created by cbcImport, allowing to cycle through .csv files to speed up adding cards, while still being able to make changes case by case. 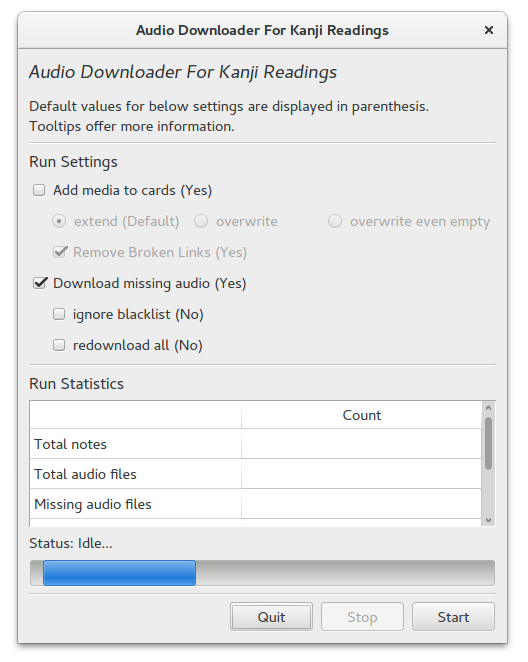 Dialog from the Readings Audio plugin, that aims to add onyomi/kunyomi audio to kanji reading flashcards.

Other tools for learning Japanese